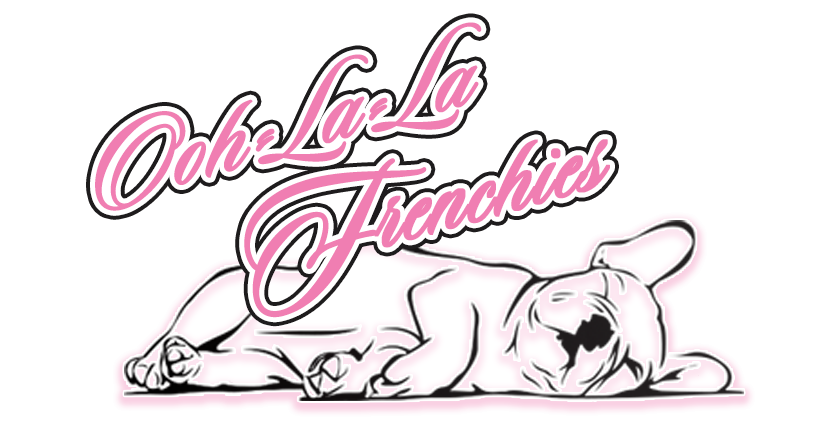 Breed color information you should consider. 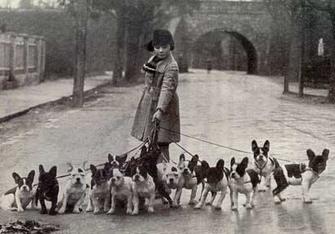 Frenchies from the late 1800's. Notice the legs are longer and the muzzle is a bit more pronounced.
Our choice to NOT follow some AKC trends:
We always endeavor to breed our dogs to follow most AKC breed standards, however, the show dog world is such that what "wins", in our opinion, is not necessarily what is best for the dogs future. So we have made the "conscious and conscientious" decision that there are some extreme standards we won't breed for. I do this unapologetically and am rewarded by having dogs that can live a full, comfortable life with their loving humans.

I am fully aware that those who breed for show and to recognized club standards will disagree with me, and may even call me disreputable for doing so.  But, when asked by those in the show circles "why I would breed for a disqualified color or breed outside the standard", my answer to them is "why would you breed for a functionally deficient dog?" It's a bit disingenuous having the "pot call the kettle black."

​​Over the last century Frenchies have become smaller, more compact and with more and more pancaked faces.  The more the dogs are miniaturized the more they are at risk for health issues including spine abnormalities, the more they are bred for flatter and flatter faces the more pronounced their breathing issues become. In fact, certain European Countries have mandated that flat-faced breeds like Pugs and French Bulldogs must now be bred to produce a more prominent, less flat profile.  Personally, I prefer to have a dog that, though may not win based on current trends, will however live a full and active lifestyle the way a dog should.  And, as I have seen over the years in various breeds of both horses and dogs (and fashion) trends tend to change.

At this point, French Bulldogs are nearly a completely man-made and controlled breed, most French Bulldogs are unable to breed or whelp naturally. This is due to their extreme boxiness, large heads, broad shoulders and narrow hips.  FIrstly, males are often too boxy to be able to effectively mount females, and then when they do they tire/overheat quickly - so Artificial Insemination is often required for reproduction. Secondly, females must be delivered via cesarian section because of the puppies head sizes as compared to the mother's hip sizes.

Just look at vintage photos of Frenchies around the 1900's and compare them to modern pictures, there are some significant changes. We choose to breed/produce dogs that have a slightly longer muzzle/profile to reduce the breathing issues that French Bulldogs are known for when they have an overly pancaked face. We are proud of the fact that none of the dogs we own/breed, nor any puppy we have produced, has ever required palate resection surgery.  We also prefer a slightly longer leg to balance out their backs, this reduces the incidence of back problems and produces a dog that can actually run around a play without exhausting themselves. 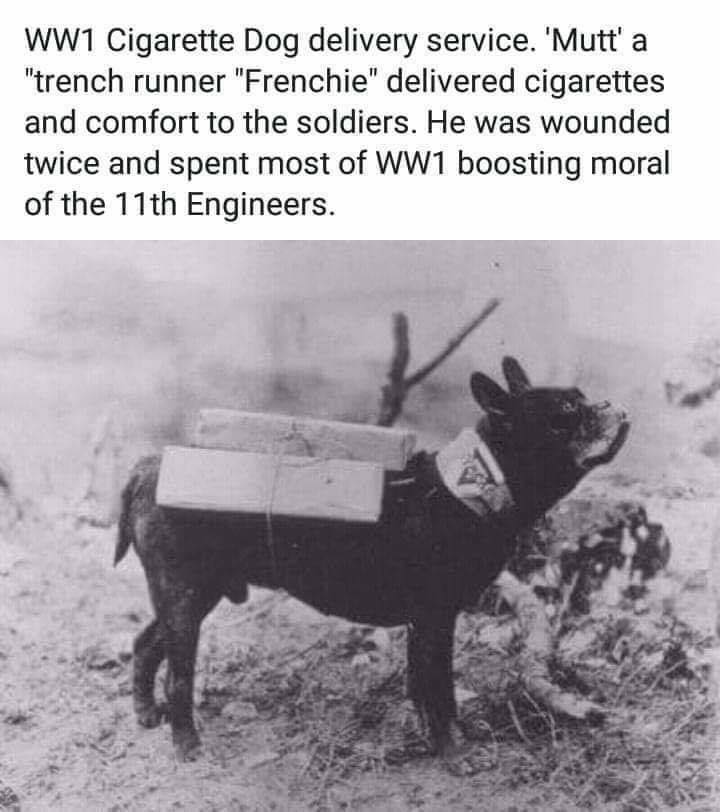